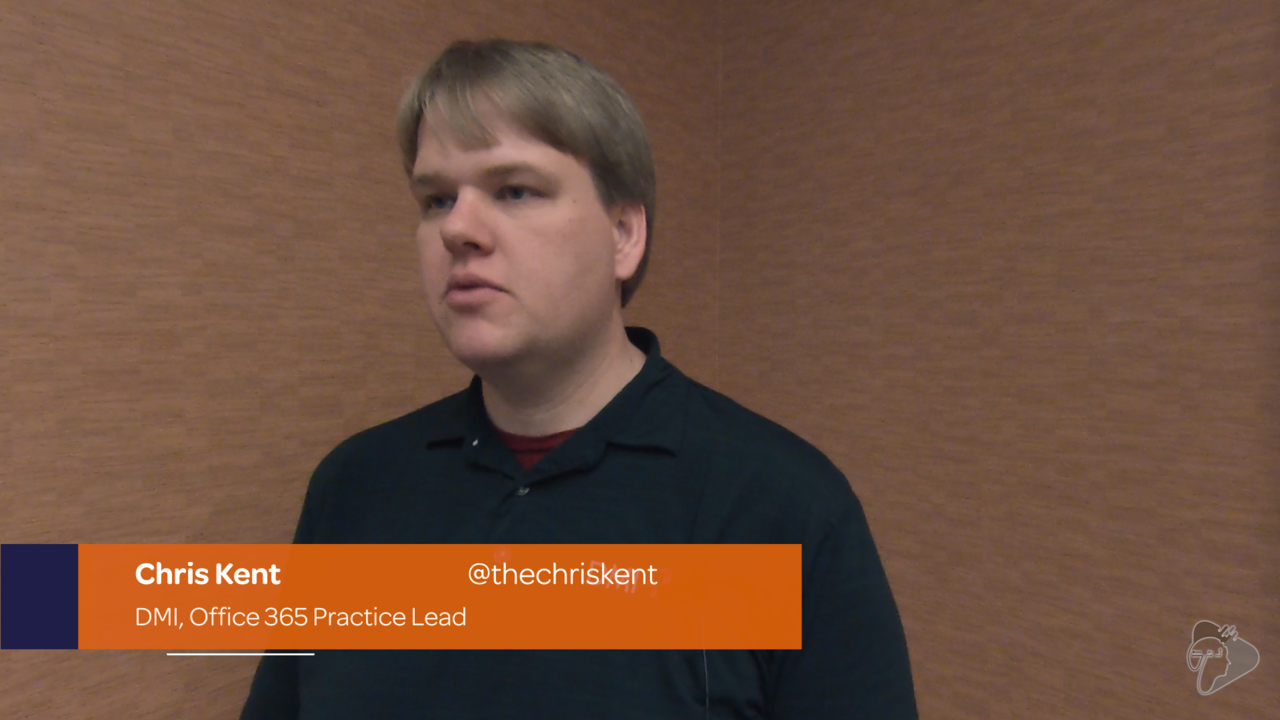 I started off as an ASP developer, ASP.NET, and then someone handed me SharePoint 2007 and said, “Good luck.” So, just went from there. Started all .NET all the way, and eventually we went into the client side, right, through a content editor web part and doing all that. Filing SharePoint Framework and [Office] 365 and everything else.

Probably about a year, maybe a little more. I didn’t really get deep into it until they began to preview extensions through all that, because I was much more excited about extensions, and still am, than web parts.

I am all about it. I like it a lot. I think the tool change is great. I think the support is great. In the past, it used to be brand new way of develop every three years, and then you get what you get. You don’t throw a fit. Now, you can really get in there. You can see the changes that are actually happening. They’re very transparent. A big fan.

SharePoint Framework Roadmap is a little harder to understand sometimes and to really see where they’re going. I really like the inclusion of the user voice and the ability to have a way to weigh in on that. Yeah. I would like to see a longer term roadmap, more than just the short term. Here’s what’s coming in four to six weeks. Those kinds of things.

My favorite part of the SharePoint Framework is the local workbench, which again, unfortunately doesn’t work for extensions, but such a change from the past where you’d have to deploy and retract every solution. You would end up coding way more things, rather than testing it. It’s just a significantly better development way to do that.

I also really like tenant level deployment. Being able to just check a box, and it goes everywhere. That’s just awesome.

I would definitely change the reliance on the Feature framework for provisioning. The whole elements.xml. Why is that still here? There’s so many issues with that that I think it’s a mistake to rely on that. I would love to see something similar to what they’re doing with site designs now, where if you add a web part to a page or you activate an extension with a custom action, it could trigger a flow. Maybe do provisioning with a remote provisioning. Have some freedom to do that in a way that’s not reliant on disabling tenant based deployment and relying on that old system that gets messy really quick.

When you’re first starting out, the biggest challenge is the tool change and overcoming that. The hurdle of just looking at these different icons and figuring out what does what you’ve already been doing and the comfort level with it. It’s understanding that it’s not near as scary as you think it is.

As you get into it, I think the biggest hurdle you start to face is how do I keep up? There’s so many things changing. What do I know is important? What should I be investing in? There’s a lot of questions there, and I think that’s some of the biggest challenges that Microsoft and we as developers are facing.

All right. Six months, we’ll see some minor enhancements, hopefully to extension. Maybe we’ll see the full canvas apps. 12 months, we’re going to see a huge amount of adoption. They’re going to rename it Office 365 Framework. It’s going to show up in Dell. Maybe Office apps themselves. It’s going to be everywhere. 24 months, they’re going to drop the whole thing and can come up with a whole new framework that’s based on dot net and PHP working all together.

Yes. One of the things I’d say is it’s not as scary to become a contributor as you think. You see a typo on a document, click the edit button, fix it. You see a gap. You see something that’s a little awkward. It doesn’t quite work, but you’ve got amazing tools out there. You can probably build something that will bridge that gap. Put it out there. Share it with everybody else. I’d say that’s the biggest way to learn and really get involved in the community is just to start contributing and giving back that way. Even when you’re feeling a little shaky, like maybe you don’t quite have it figured out yet.